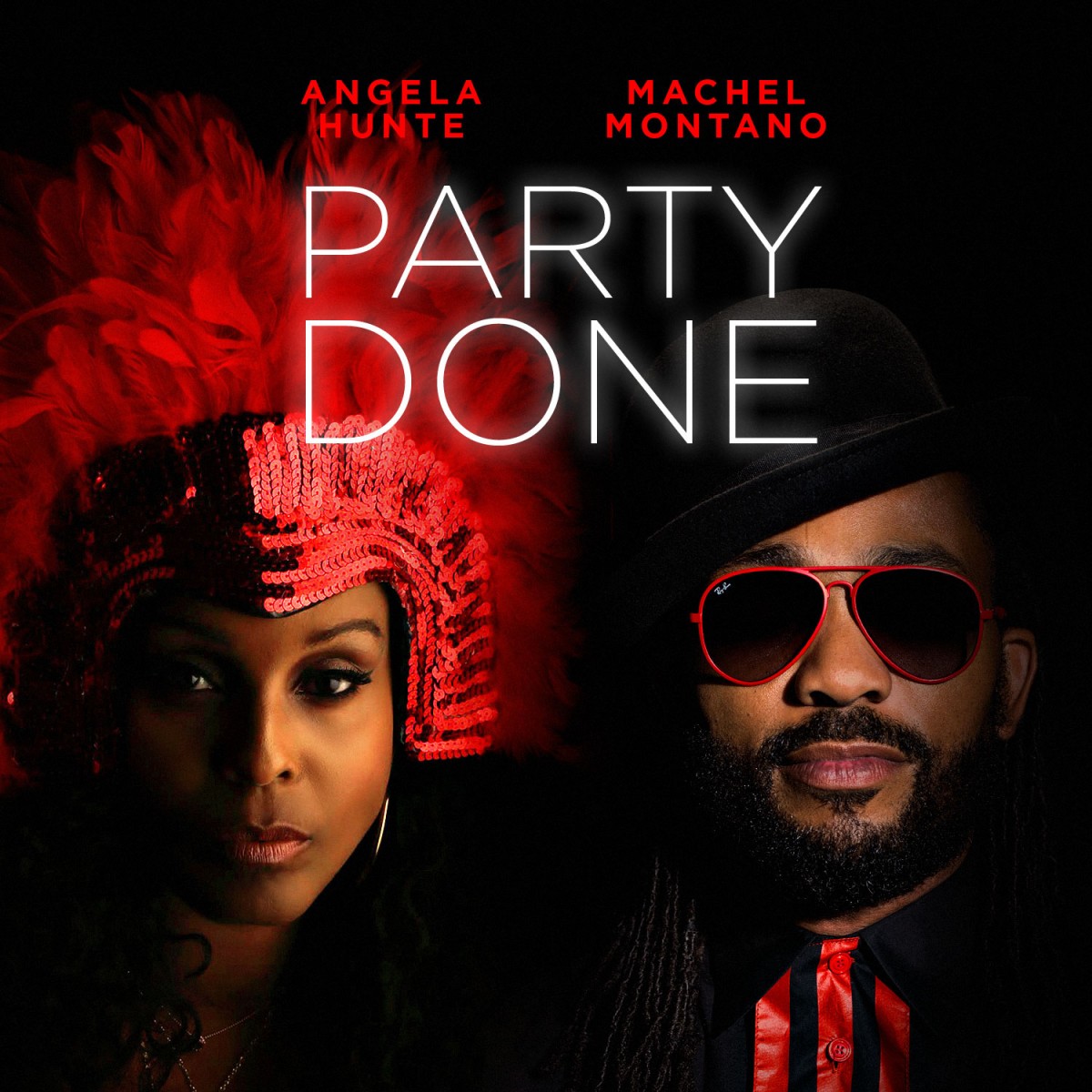 Toronto to Rotterdam to Belize to New York, a touchdown in the Cayman Islands, and finally all the way back to Trinidad and Tobago, the Monk Monté has in the last few months traveled everywhere cementing a truth the entire universe is at present psyched-up and ready to revel in. A truth, which has in fact been continually validated by the shining minds of the Trinbagonian Diaspora, like that of the brilliant singer/songwriter, Angela Hunte.

That is, when a Trinbagonian walks onto your stage, creates music for your fete, or DJs your rave, know this…De Party Done!

Written by Angela alongside Machel, this vivacious, bass-driven track commandingly demonstrates exactly how Soca lovers flatten any dance they partake in. Distinctive in its sound and melodies, it is also set to be the first single off of Ms. Hunte’s upcoming solo project as well as a hit release on the Road March King’s 2015 album.

Many may know Angela as the Grammy award winning songwriter, who penned and co-produced this generation’s New York anthem “Empire State of Mind” for Jay Z and Alicia Keys.

Here, she brings her proud Trinbagonian heritage in addition to her global chart-topping experience to this spine-tingling collaboration with the Monk. Already guaranteed to be a global smash, the track was enhanced even more by a star-studded cast of Grammy winning producers, including DJ Buddha, Jerry Wonda, Gregor Salto and Tzvetin Todorov.

After all these years and through the hard work of a multitude of sons and daughters, it has finally become our time to teach the world that when Trinidad and Tobago arrives all Party Done!