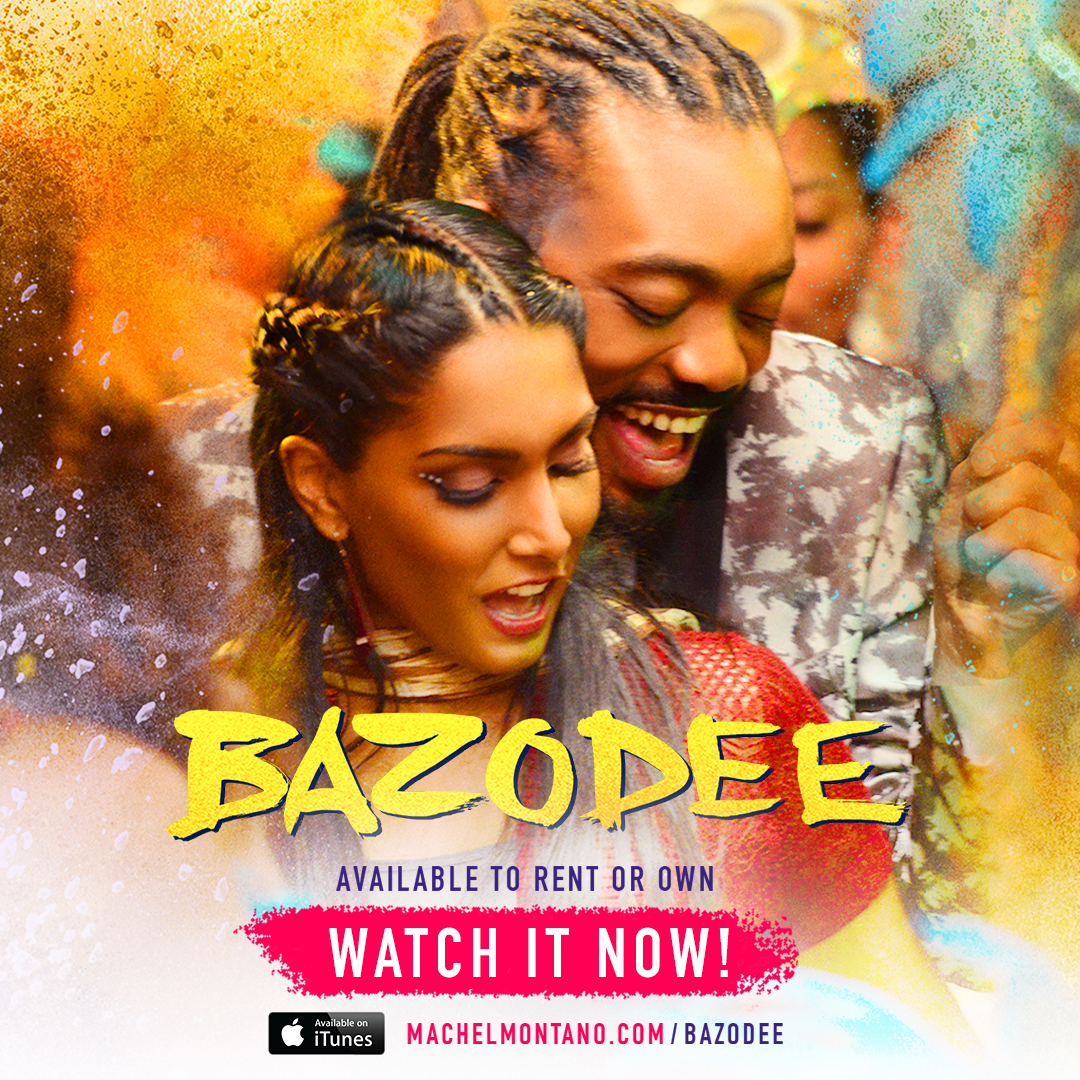 Bazodee is Available Now to Buy or Rent:

Anita Panchouri (Natalie Perera), the dutiful Indian daughter of a deep in debt businessman (Kabir Bedi) is about to marry a wealthy Londoner (Staz Nair) when a chance encounter with a local singer, Lee de Leon (Soca music star Machel Montano in his film debut) sets things askew. In search of a muse, de Leon agrees to perform at the engagement party for both families. Unable to deny their mutual attraction, and with the excitement of Carnival approaching, Anita must now choose between the answer to her family’s financial prayers and the possibility of real love.