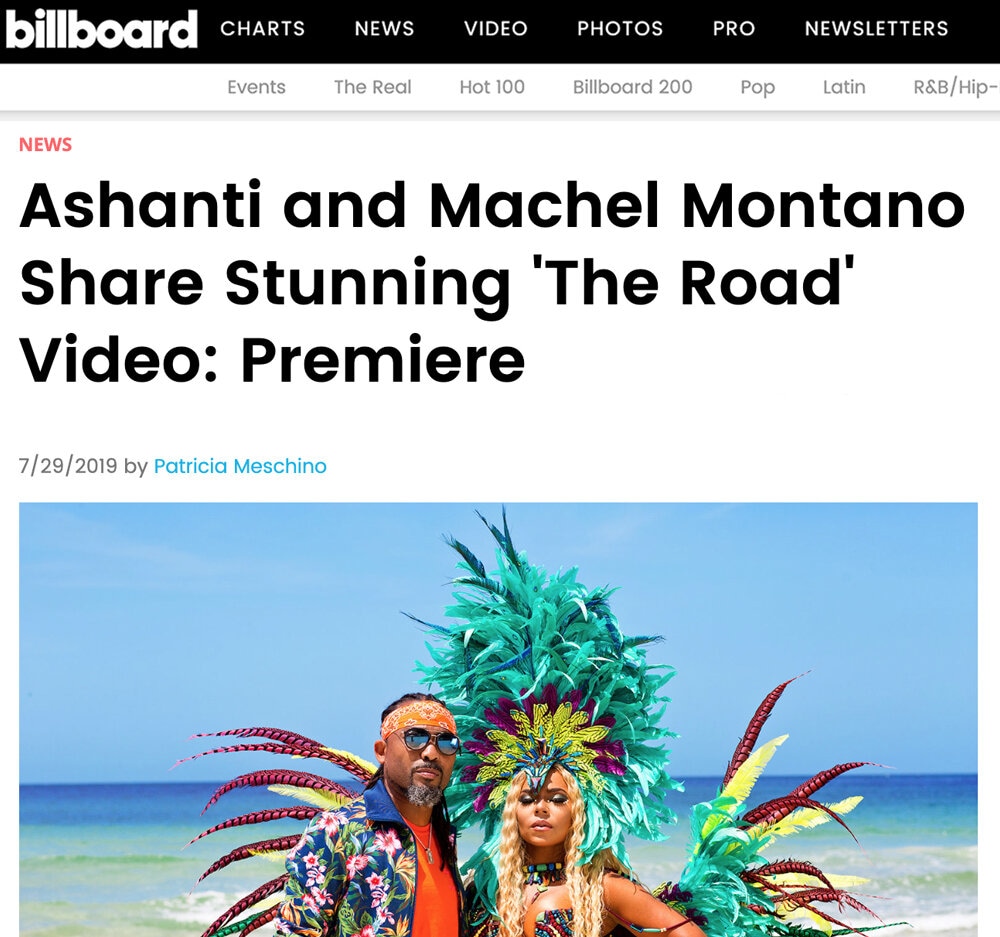 “When Grammy winner Ashanti performed at Wet Fete Weekend in Tobago in 2015, DJ Smooth City suggested she include a cover of a local hit within her set. He recommended, arguably, the biggest hit of that year’s carnival season in Trinidad, “Like Ah Boss” by soca boss Machel Montano. Ashanti posted a clip of her cover on Instagram and tagged Machel, who suggested a collaboration. That proposed alliance became a reality with “The Road,” an energetic, soca-meets-EDM ode to the joyous revelry that is Trinidad’s carnival. Ashanti and Machel recorded the song at Brooklyn’s Rawlston Recording Studio, and performed it for the first time in February at Machel’s annual carnival concert extravaganza, Machel Monday, held in Port of Spain’s Hasely Crawford Stadium.”