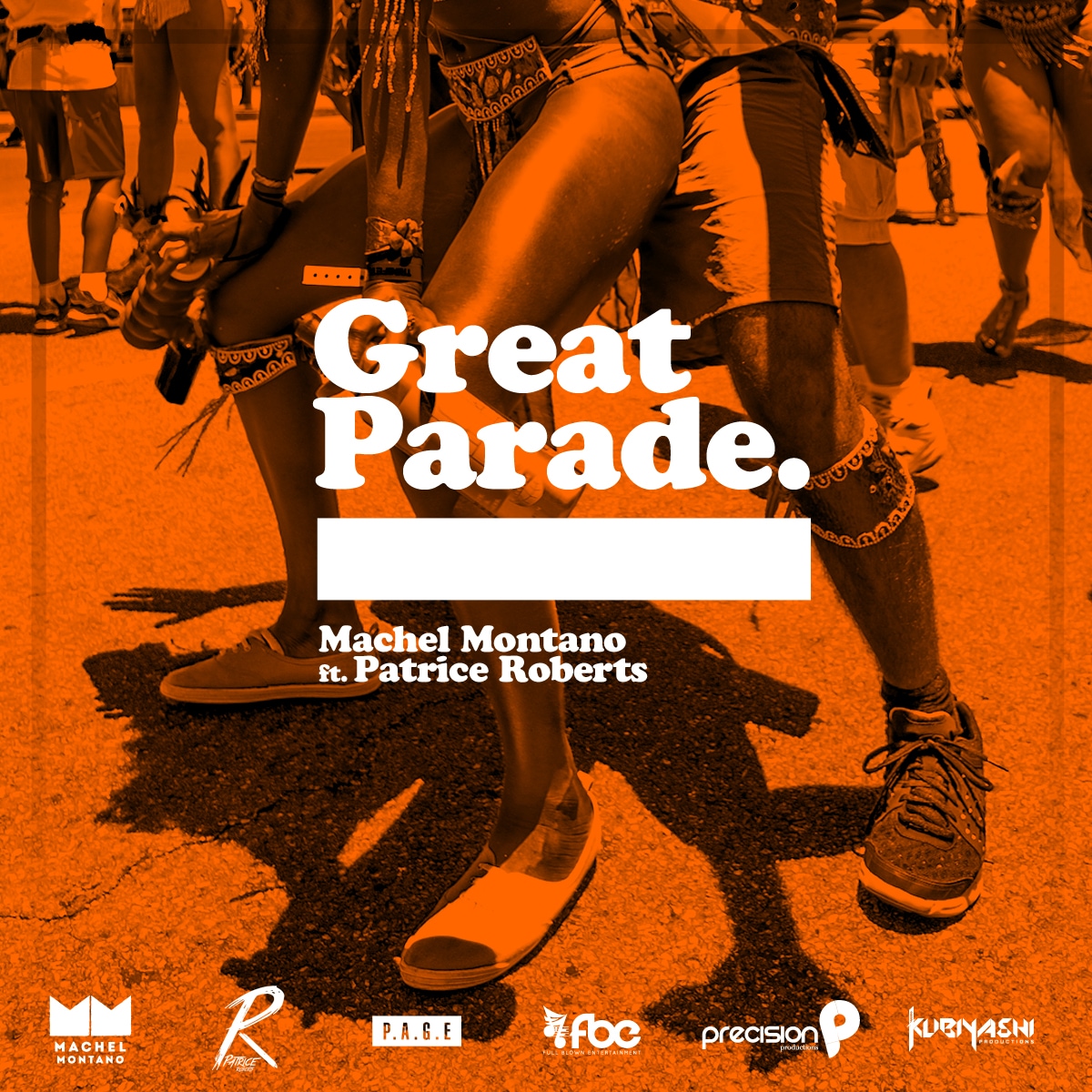 Come! Gather together rainbow people, in all of your hues dancing, sharing love as you shine brighter than the sun, showing the world the majestic flamboyance of our Carnival.

Cover yourselves in Mas, feathers, and your own divinity, freely united in peace and kinship to become the shimmering “Great Parade”!

Let this release take you inside that irrevocably altering experience of being on the road, absorbing and reflecting the passionate energies of our land in full celebration.

Join in jubilation for harmonies that sync with timeless beats conceived by Precision Productions and P.A.G.E., and allow the lyrics from Jelani “Pops” Shaw and Full Blown Entertainment, to seep in and resurrect wondrous memories from festivals past.

Give yourselves over to the deep emotion and revelry, which Monk Monté and Patrice Roberts bring forth as their Road March winning voices intermingle again.

Remember this is your season of wanton liberation, leave everything behind and succumb to the resplendent glory of the all-consuming Great Parade!