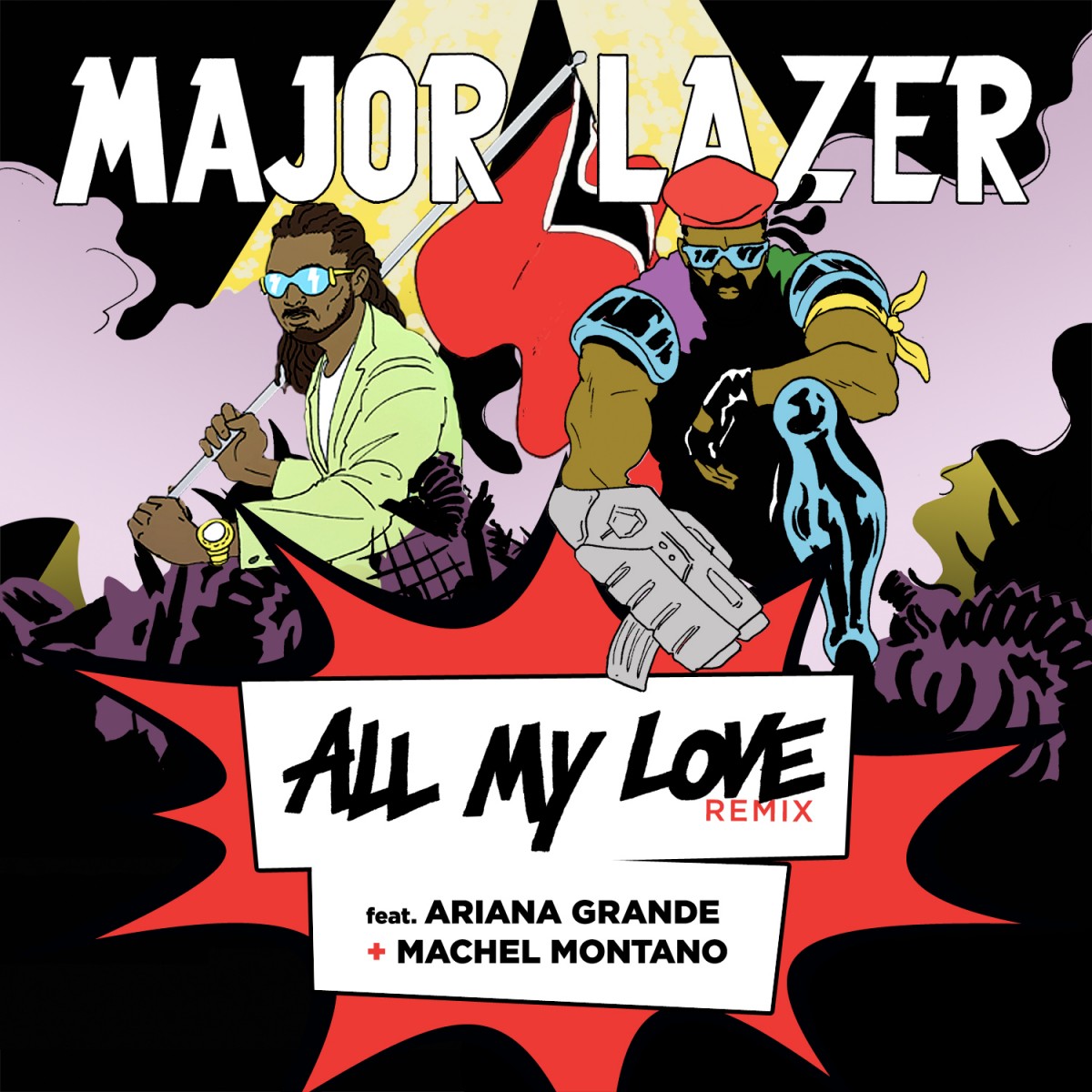 We do not need words when we have music, and there can be no boundaries once there is love.

Living proof of this is readily seen in the creation and inspiring journey of “Soundbang”, the first collaborative effort between Major Lazer and Monk Monté. This hit served to formerly introduce Major Lazer to the Soca world at 2014’s Machel Monday, while it simultaneously became the wings that carried the hybrid of Soca and EDM to every corner of the globe.

After such success and much to the thrill of music lovers everywhere, these two ingenious forces are back together again, this time though, along with the voice of a Mega Star, who has been described as having the best female vocals in pop music today.

In an amazing push forward for Soca, Machel Montano, joins Major Lazer and Ariana Grande on the remix for the song “All My Love”, which was originally featured on the soundtrack of the blockbuster movie, The Hunger Games: Mockingjay – Part 1.

Ariana’s astonishing vocal range, together with Machel’s passionate Caribbean vitality, alongside Major Lazer’s skilful and worldly touch, were all melded together to create an exquisite world sound. Beyond question this resulting track will ignite hearts and blaze new musical trails, setting the globe afire with love.

But look out though, because this is just the first of much more to come from the team of Major Lazer and the Monk, in fact up next Sean Paul unites with them in a smasher that will turn the whole music game on its ear.